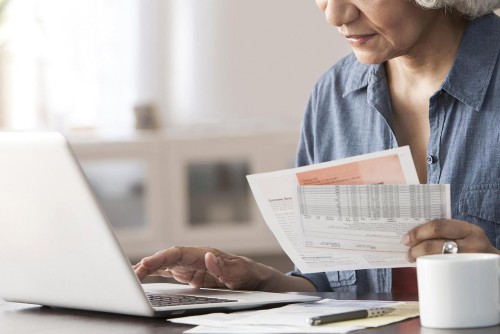 Shaping the Future of Aging

As the world’s population grows older, governments, cities, businesses, and many others must react to and prepare for a number of significant changes. For example, there are an estimated 46.8 million people currently living with dementia; that number is expected to rise to 74.7 million in 2030 and 131.5 million in 2050. The rising prevalence of this condition will have an incredible impact on a range of industries, from financial services and insurance to health care and robotics.

On Wednesday, February 17, key stakeholders in healthy aging convened at Columbia University’s Mailman School of Public Health (MSPH) to take part in the latest New York City Advisory Alliance (NYCAA) breakfast. The NYCAA is comprised of locally-based organizations including the New York Academy of Medicine, MSPH, Mercer, the Global Coalition on Aging (GCOA), the World Economic Forum (WEF) Global Agenda Council (GAC) on Ageing, and Vitality. It is a local and informal advisory group to the GAC on Ageing, chaired by Vitality Chief Health Officer Derek Yach. The purpose of this particular meeting was to debrief participants on recent events including January’s WEF 2016 Annual Meeting in Davos, Switzerland, and February’s Ageing GAC and Age UK-sponsored symposium in London, England.

In Davos, healthcare permeated many of the discussions at this year’s WEF Annual Meeting as industries previously unrelated to aging are beginning to discuss what a longer human lifespan means for employment, housing, financial services, cities, families, and much more. An especially interesting roundtable was titled “What If: You Are Still Alive in 2100?” and inspired the recent TIME magazine issue focused completely on issues surrounding longevity. It is important, and most encouraging, that topics such as diet and brain health are entering the public consciousness with relation to longevity.

As some recent estimates show men and women born in 2014 will live 90.9 and 94.2 years, respectively, the London symposium built on the Davos discussions and focused on financial security in later life. Already, longer lives are causing people to run out of money, having underestimated how long they might live. This will change the way we interact with pensions and other retirement mechanisms, as dwindling government coffers and personal accounts are failing to support many throughout their life course. Similarly, general declines in cognitive function and the aforementioned greater prevalence of cognitive impairment impair decision making, meaning that financial health must become part of the greater healthcare discussion.

The issues impacting seniors are far ranging and multifaceted, though one thing is clear – senior numbers are proliferating. However, there are many opportunities to adapt and benefit from these trends; opportunities that, with collaboration and a little disruption, can ensure safety and well-being later in life too.

Do you know about predicted changes in aging? How does aging affect people in your culture, community, or city? Do you know of new innovations or organizations making an impact on healthy aging for all? Let us know in the comments below or by tweeting at @VitalityUSA.