We cannot improve the health of our nation or workforce without addressing health disparities. We must identify opportunities to close the health gap between different groups and deliberately act in a targeted manner to improve health equity. 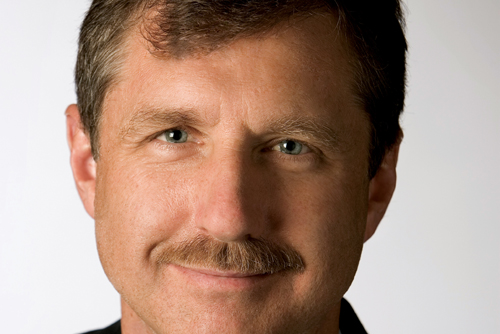 Dr. Paul E. Jarris is the Executive Director of the Association of State and Territorial Health Officials (ASTHO), which represents public health agencies in the United States, its territories and freely associated states, and over 100,000 public health professionals these agencies employ. Jarris joined ASTHO in June of 2006, having served for three years on its board of directors.

Jarris takes seriously ASTHO’s mission to transform public health within states and territories to help members dramatically improve health and wellness. In his executive capacity, he works with ASTHO’s board of directors to implement the association’s strategic plan and advance its policy goals. Jarris champions the governmental public health enterprise. Through his leadership, ASTHO became one of the founding organizations for the Public Health Accreditation Board, which manages and promotes the national public health accreditation program, and the Alliance to Make US Healthiest, a nonpartisan public-private organization that facilitates partnerships to make the U.S. the healthiest nation in a healthier world. Additionally, during the 2009 H1N1 crisis, Jarris led ASTHO’s efforts to help states respond to the pandemic and supports state and national health transformation to improve the public health system.

Jarris came to ASTHO with more than 18 years of experience in public health and healthcare leadership. From 2003 to May 2006, he served as state health official for the Vermont Department of Health. While there, he implemented the Vermont Blueprint for Health Chronic Care Initiative, a statewide public-private partnership to improve the health of Vermont residents while reforming the state’s health care system. Jarris also lead the establishment of Vermont’s first inpatient substance abuse treatment program for adolescent and women’s care.

As medical director for Community Health Plan from 1992-1996 and for Vermont Market, Kaiser Permanente Northeast Division from 1996 to 1999, Jarris oversaw medical functions such as quality improvement, resource management, practice relations and medical affairs for a 140,000 members. As a family physician, he worked tirelessly with Vermont’s underserved populations in a federally qualified health center, inner city school, and homeless shelter for adolescent youth.

Jarris is a 1984 graduate of the University of Pennsylvania School of Medicine and received a master’s degree in business administration from the University of Washington in 1989. He is certified by the American Board of Family Medicine and the American Board of Medical Management. He chairs the National Quality Forum’s National Priorities Partnership subcommittee on Healthy People/Healthy Communities and co-chaired its Population Health Measures Working Group. He is also a member of the Institute of Medicine’s Board on Health Sciences Policy and numerous professional societies and committees.

In addition to his dedication to public health and healthcare, Jarris is a devoted husband and father and an avid outdoorsman. He cofounded Vermont’s Catamount Trail, North America’s longest cross-country ski trail that spans the 300-mile length of the Green Mountains.