It is encouraging to see that the Congressional Budget Office appears to be beginning to consider longer scoring estimates for prevention-related activities. This is a pivotal step for prevention to be placed at the core of policy making. 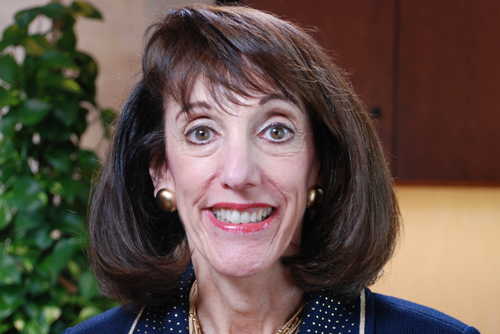 As Senior Vice President, Public Affairs, Heidi Margulis leads strategy development and execution for Humana’s state and federal public policy initiatives and manages advocacy and alliance relationships. She is a member of the Management Team, which sets the strategic direction for the company. Heidi joined Humana in 1985 and has held increasing responsibilities for regulatory and legislative public affairs. She was promoted to Vice President, Government Affairs in 1995 and Senior Vice President, Government Affairs in 2000.

Heidi serves as vice-chair of the board of the Washington, DC-based Campaign to End Obesity, on the Kentucky Workforce Investment Board’s executive committee, on the board of the Kentucky Authority for Educational Television, and on the board of Nucleus, Kentucky’s Life Sciences and Innovation Center. She formerly served as board co-chair of Green Ribbon Health (a Medicare Health Support pilot program), chair of the Coordinating Committee of the Health & Retirement Task Force of the Business Roundtable, and serves on public policy committees of the National Business Group on Health and America’s Health Insurance Plans. She has served on a variety of local, state, and national civic, charitable, and public-sector boards.

Heidi holds a bachelor’s degree in international studies from the University of Louisville.