To reverse—not just arrest—the rising prevalence of chronic disease, we need to approach this problem as we would a “syndemic” that can neither be controlled nor eradicated without simultaneously addressing each co-occurring epidemic. To make an impact at scale, we need interventions that activate and engage not just individuals but also the households, workplaces, and communities where lifestyles, habits, and routines are learned, practiced, and perpetuated. We know that unhealthy lifestyles and obesity spread like a communicable disease through social networks with a rate of transmission greater than 50 percent. So why shouldn’t it also be possible to spread healthy lifestyles, habits, and routines like a communicable disease using technology innovations as catalysts? 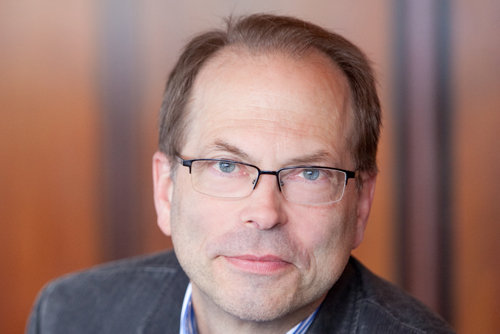 In 1996, Dr. Schmuland founded Pointshare as a vehicle to help physicians, hospitals and health plans automate and proactively manage the flow of health information and communications within their regional communities. During his five years of service at Pointshare, he grew the company by connecting over 8000 physicians, hospitals and health plans across five states. While there, he served as CEO, Chairman of the Board, and, after venture financing, Chief Medical Officer, and Chief Information Security Officer. He joined Microsoft when Pointshare was acquired by Siemens in 2001. Before founding Pointshare, Dr. Schmuland practiced family medicine in Redmond, WA for 13 years.

Schmuland serves on the board of USHealthiest and on the editorial board of Managed Healthcare Executive.

In his spare time Dennis enjoys downhill skiing, fishing, golf, biking, and spending time with his wife and 3 children.