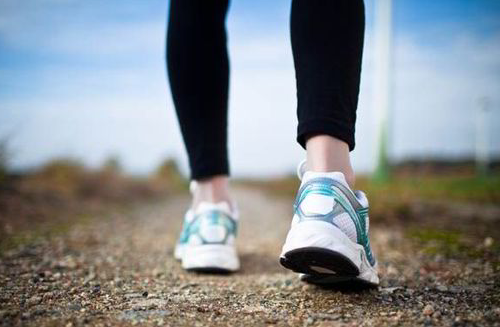 It is well-known that being physically active is linked to living a longer and healthier life. A recent study from Australian researchers confirmed this, showing that taking more steps each day led to a lower risk of death.

Over a period of five years the scientists studied objectively measured physical activity—with a device, and not self-reported—and linked that back to the number of deaths during this same period. They found that a sedentary person who increased their step count from 1,000 to 10,000 per day had a 46% lower mortality risk, and a sedentary person who increased their steps to 3,000 steps per day on five days a week had a 12% reduction in risk of death.

Their conclusions are not necessarily new and exciting; however, the important thing is that they used objectively measured physical activity to arrive at their conclusions. That makes this study an important addition to the existing evidence that already supports the idea of being physically active.

Perhaps the real message here is that being “active” is just a matter of taking more steps each day. You do not have to train for a marathon, or cycle 100 miles, but instead just choose to be active each day however you can. The Vitality program encourages members to do just this, rewarding members for taking 5000, 10,000 and 15,000 or more steps each day. Wearable devices, like those from FitBit, Garmin and Polar are used to verify this activity. The recent launch of the Vitality Active Rewards Program with Apple Watch helps motivate members to be more active and achieve their health goals by fully funding an Apple watch when monthly physical activity targets are met.

Earlier this month, Vitality and leading partners launched a set of Guidelines for Personalized Health Technology, focusing on the responsible innovation of these technologies and the appropriate stewardship of data. This comes during a time when the privacy and security of health data are top of mind for many users.

For nearly all of us, this Australian study is a reminder that we should be opting to rise and not be sedentary. Walking even a few minutes at a time not only adds to your physical activity but also breaks up sedentary time during the day. This appears to be an increasingly important aspect of being active and healthy. Every step matters and frequent breaks to walk around will improve your health, well-being, and most likely your productivity too.