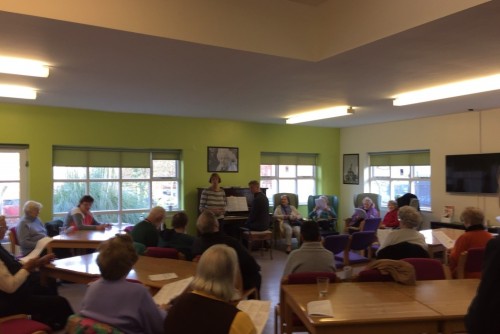 It is becoming evident across borders and industries that world population changes are having a serious impact. With a predicted 2.1 billion people over 60 by 2050, significant advancements must be made in order to adapt to a world soon made up – for the first time – by greater numbers of persons over 60 than those 15 years or less. Within that context, one of the issues that must be addressed is elder exploitation and fraud, which in the United States (US) is estimated to cost almost $3 billion per annum.

The World Economic Forum Global Agenda Council on Ageing  (WEF Ageing GAC) is working to address this important issue, and highlight partnerships and innovations in technology that can help protect our elderly and vulnerable. To this end the WEF Ageing GAC has catalyzed a symposium series to address aging, cognition, and financial services. The first symposium, on “Cognitive Decline and the Economic Consequences,” was held at Keio University in Tokyo last October. Earlier this month, the second symposium was held in London, England. It will be followed by April and May meetings at Ryerson University in Toronto and at the University of Pennsylvania in Philadelphia, respectively.

“Managing ageing and cognitive decline: challenges and opportunities for financial services” was hosted on February 3 and 4 by WEF Ageing GAC Chair and Vitality Chief Health Officer Derek Yach along with Age UK and support from Barclays and AARP.  It convened about 100 experts in the financial services, health care, government, and technology sectors to discuss financial services issues experienced by an aging population with a higher prevalence of Alzheimer’s disease and other various dementias.

A number of distinguished speakers presented, including Dr. Daniel Marson of the University of Alabama – Birmingham, who discussed our capacity to manage money as we age, and indicated that we must work to determine when an individual has compromised decision-making. He cited that the risks are accentuated by the fact that the 20% of US households aged 65+ hold 34% of the wealth, amounting to $18.1 trillion at risk for exploitation. Ian Deary of the University of Edinburgh reported on findings from the Lothian Cohort – a fascinating epidemiological study out of Scotland determined to find the key to healthy brain aging. According to the study, factors with an independent and possibly causal contribution to better cognitive function in later life include: not smoking, physical activity, physical fitness, professional occupation, more education and bilingualism, among others. The day closed with a keynote from Baroness Sally Greengross, a member of the House of Lords, citing cooperation amongst sectors as an imperative if healthy aging and senior financial security are to be realized. Later activities featured site visits to Barclays to explore new age-friendly technologies and an Age UK senior center where visitors witnessed program offerings.

With senior fraud prevention and income security as a focal point, the WEF Ageing GAC continues to work with stakeholders to secure commitments and outline ways in which to make significant change. Several salient takeaways emerged from the symposium, including the need to link healthcare and financial services more closely; and to pay special attention to language, labels, and financial literacy when dealing with these personal and important matters. These recommendations will be placed into a private-public charter to be released at Philadelphia and meant to stimulate investment and the creation of a financial system that values and protects its seniors.