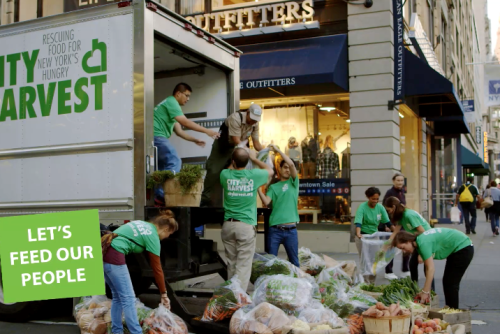 Nineteenth century writer Virginia Woolf famously noted, “One cannot think well, love well, sleep well if one has not dined well.” An unhealthy diet– is associated with four of the top ten risk factors that lead to premature death and is one of the main drivers of rising healthcare costs.

Public health specialists have spent the past few decades developing cost-effective interventions to encourage healthier diets. Though there has been a slight shift towards healthier habits, a 2010 study funded by the United States Department of Agriculture (USDA) shows that less affluent populations may be unable to adopt healthy eating habits due to the costs associated with them. When budgeting monthly expenses, most people would chose calorie-dense foods that are cheap and convenient over fresh fruits, vegetables, and whole grains, which are likely to be more expensive and less satiating.

Making healthy foods financially unattainable for low income communities has financial repercussions. If poor communities are priced out of healthy food options, they are more likely to become ill due to poor diets, creating an added burden on an already vulnerable population and government resources.

Companies are indirectly affected by the high cost of healthy foods as well. Poorly fed employees may not reach optimal levels of productivity. Presenteeism – the act of showing up to work despite lowered capability due to poor mental or physical health – is reportedly on the rise and is estimated to cost the US an additional $150 billion per year. This does not factor in sick days due to nutrition-related chronic diseases such as obesity and diabetes. These crises can be minimized by making sure that everyone, regardless of income, has access to nutritious high quality foods.

One innovative health promotion program that succeeded in providing low cost healthy food items was launched in 2009 by Discovery Limited. As South Africa’s largest health insurance provider, Discovery provides up to a 25% rebate on healthy foods purchased at participating grocery stores. An independent assessment from the Rand Corporation found that people who were previously inclined to purchase high fat, high sugar, and processed products not only decreased these types of items but also increased their fruit and vegetable consumption. This pilot program provides evidence that subsidizing healthy foods can encourage better food purchasing behaviors.

Similarly, the World Development Report  of 2015 encourages nations to make healthy foods accessible, particularly to the poor, through economic reforms. Indonesia recently restored their subsidy program with an improved Rice-for-Poor Program, known as Raskin. In the first year alone, 3.7 million tons of grain were distributed to 16 million families.

Other initiatives that make healthy foods more accessible include a move by French retailer Intermarche to sell “ugly” i.e. misshapen or bruised produce at discounted rates. Loblaws, Canada’s largest food retailer, is set to do the same and expects to save $31 billion annually on food waste. NYC not-for-profit, City Harvest, addresses the supply side by providing day-old food at discounted rates and couples it with training on how to shop healthy on a tight budget. These types of initiatives serve as examples for ways in which the private sector can invest in health, thereby encouraging economic stability. As Virginia Woolf observed over two centuries ago, what we eat impacts every part of our lives, even our economy.