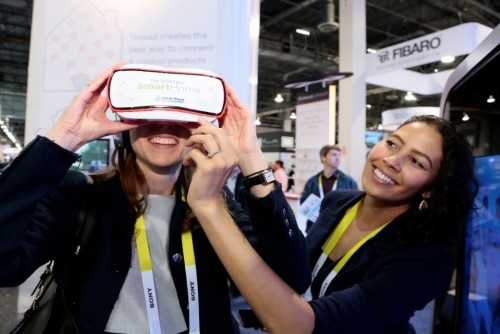 It is undeniable that health is undergoing an unprecedented digital revolution. This transformation was prominently displayed at the Consumer Electronics Show (CES), which took place from January 6-9, 2016 in Las Vegas, NV. According to the CES Daily, more than 800 companies exhibited a wearables product, and approximately 500 exhibitors considered themselves part of the health and fitness accessory sector. Between 2014 and 2016, CES exhibition space for digital health and fitness increased by 40%.

Below is a healthy roundup of emerging technologies that will impact well-being over the coming decades, termed the WAVE framework and reminiscent of Vitality’s Tech Trends for 2016.

Wearables: Innumerable wearables were on display at CES, demonstrating the rise of self-quantification. Fitbit launched Blaze, their new $200 smart fitness watch. The Blaze is a fitness tracker with FitStar coaching capabilities and a color screen. The device can be popped out and inserted into colored wristbands.

Virtual Reality: Virtual reality is just getting started, with few companies exploring its potential impact on health. Facebook indicated that its Oculus lens would retail at $600 and Krush had on display a 360 degree full body immersive experience. Increasingly, virtual reality will be able to provide older adults with entertainment and leisure activities.

Despite the approximately 200,000 people that attended CES, Gillian Christie mentioned the data privacy concerns that arise with health technologies during a “Data in Action” panel at the Digital Innovation Summit. Surprisingly, the Federal Trade Commission’s Chairwoman, Edith Ramirez, noted that she uses a pedometer rather than a smart device to track her steps because of privacy fears. Overcoming ethical, legal, and social implications associated with emerging technologies will be necessary to ensure that everyone – and not simply a select few – benefit from the digital revolution.

What innovative technologies did you see or read about that struck you as having the most potential? Tweet @VitalityUSA or @gchristie34 to let us know!

Thumbnail courtesy of CES; image depicts the author trying out a new technology at CES.