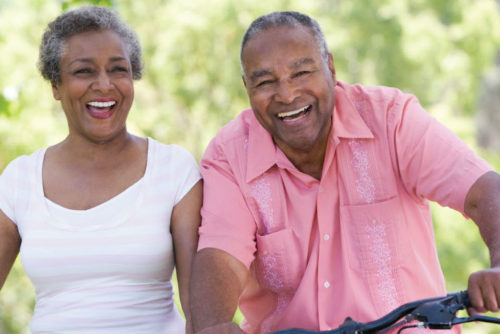 The United States (US) and other high-income countries are witnessing demographic changes associated with people living longer though in poorer health. Japan, the country with the highest proportion of elderly citizens, is already working to re-tool its society and economy to support an aging population, leveraging the promise of technology to do so. Many other countries are following Japan’s lead.

As people become more physically impaired with age, their cognitive capabilities also decline. We may forget our personal identification number when standing in front of an ATM or be unable to note our bank balance on a computer screen because of font that is too small or poor contrasts. With cognitive changes, a person’s financial health is also affected. Today, financial fraud and abuse among older adults in the US is in excess of $3 billion. At the same time by 2017, this population will account for 70 percent of the nation’s disposable income.

This week, on May 9 and 10, the World Economic Forum and the University of Pennsylvania Healthy Brain Research Center are co-hosting “Aging and Cognition: Maintaining Economic Security in Later Life” in Philadelphia. This symposium brings together experts to discuss healthy aging, cognitive decline, robotics and artificial intelligence, and financial services. The symposium follows similar events in Japan, the United Kingdom, and Canada to explore these issues. It also follows recent reports exploring financial services and age-friendly strategies, including AgeUK and AARP’s recently released “Age-friendly banking” publication.

Following the symposium, a set of commitments will be proposed to move the needle on healthy aging. They will be built on a guiding set of recommendations, which include: (1) creating more effective, intuitive, and affordable technologies to address challenges of cognitive aging; (2) funding research to examine the determinants of healthy aging and wealth management over time; and (3) developing in the field of financial gerontology to address the nexus between longevity, wealth, and health.

With 12 percent of Philadelphia’s population being older than 65 years of age, the city represents a budding pioneer in healthy aging, advanced technologies, and their applicability to financial services. If you want to be part of the conversation too, watch for live Tweets and follow us on @VitalityUSA.

How are the financial services organizations with which you interact leveraging technology to promote healthy aging? What recommendations do you have for the organizations with which you interact to promote healthy aging? We would love to hear from you! Please Tweet at Derek @swimdaily or Jason @jasonkarlawish.